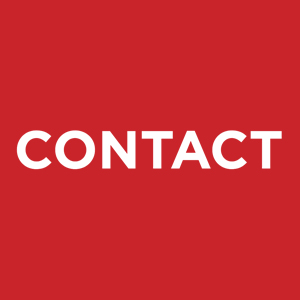 Michael Dunn, art director with the Brown & Partners agency, drew inspiration from pulp magazine art in designing the invitation, collateral and awards book for the AIGA Las Vegas Work Show competition. The materials, which feature the art of legendary pulp artist Norman Saunders, were produced in homage to Scott Wizell, a designer and photographer who died in January and was a great fan of the film “Pulp Fiction.”

“AIGA Celebrate a Year of Excellent Work” by Sally Richards | 08.03

Las Vegas is a place where no sense remains untouched. The first of those senses—the one that draws us further into whatever we’re looking into, and the one that either gives us the nay, or yea to go further — is sight. We look at whatever collateral has been put out to lure us into a building, flip open a publication, buy an admission ticket, or order the most expensive thing on the menu — we are moved by our eyes that seem, somehow, directly hardwired to our wallets. If you’ve ever been even slightly curious about who puts together the eye candy that you consume on a minute-to-minute basis, many of them gathered as a tribe at the American Institute of Graphic Arts Awards Event of the Year to give each other kudos on jobs well done.

You may not think about commercial art being art, but it is, or at least a lot of it is. Imagine for a moment the Las Vegas Strip devoid of marquees, neon lights, electronic billboards, costumes and, yes, even those annoying flyers that people shove into your chest as you walk by them, the sidewalk not nearly free enough of traffic to avoid them.

And good art, commercial or not, was rewarded at the event where awards were given out in 22 categories. The event, held amid the backdrop of the trendy Chameleon Studios, was everything you’d expect from more than 200 artists, copywriters, art vendors and advertising agency folks getting together after a recession year to celebrate the best of the best among them. It wasn’t your ordinary blah-ho-hum awards ceremony, it was a raucous party with plenty of dancing, eating and drinking. The kind of party where you can comfortably take a cigarette and a beer to the podium where you’ll accept your award.

These are the people who work in the background of the glitzy agencies that represent some of the largest corporations in town. You most probably won’t find these artists out on the golf course doing deals, instead you’ll find them working in teams to create the next big visual that will suck us in. These artists have creative substance and have joined the AIGA for many reasons, especially to find those of their own ilk.

“What the AIGA, Las Vegas chapter does is highlight local artists and bring attention to the fact that companies don’t have to send creative jobs out of town to Los Angeles, San Francisco or New York — we have some very talented people right here in Southern Nevada,” says Dale Sprague, vice president, and sponsorship director of the Las Vegas chapter. Sprague is also president of Canyon Creative, a local design firm. As a local businessman who saw the jobs leaving the local area to points beyond, he sees the value in creating community to talk about issues in the arts communities, to network and get artists, who may spend most of their time creating alone, together with people who may need their services. The group also sponsors inexpensive monthly Morning Brew sessions with guest speakers who talk about marketing art, creativity and issues of concern.

Michael Dunn, an AIGA member, was the recipient of nine awards, one awarded to him as an individual artist and eight others awarded to Brown & Partners, a local design and PR firm, where he is the art director and a designer. He joined the organization in 1997 and finds the group invaluable for finding new vendors, illustrators, photographers and sharing with peers ideas regarding techniques and issues.

“I was surprised at how many people were there,” said Dunn of the awards night. “It was a really fun venue, and a very casual event where we just got together to celebrate each others’ success. It’s nice to have everyone in such a competitive field support everyone else. When someone goes up for an award everyone cheers for them -— it’s a sense of community rather than competitors.”

The year has brought much success to the group, as well as the sad news of the death of chapter co-founder Scott Wizell to whom the event was dedicated. Wizell, 34-year-old husband and father and art director for Las Vegas Events, died shortly after health complications occurring after a skiing accident.

“It was hard because Scott and I were good friends, and presenting his sister with his Ambassador of the Arts Award was very emotional,” says Dunn of his friend. “Rick Topper used the words, innovation, constant motion, raw emotion and true devotion, to describe Scott. Those are the characteristics that defined Scott’s personal and business life to me.”

It’s clear that Wizell left quite a legacy in the community he created and the work of others who will be recognized well into the future.

As an art director with Brown & Partners Advertising, Michael Dunn makes a living being creative. His latest project, however, has special meaning to him, as it was inspired by the death of a colleague.

Dunn, 32, has been a member of the Las Vegas chapter of the American Institute of Graphic Arts since it began in 1998. The group serves as an educational venue for graphic designers and offers seminars on everything from ethics to printing techniques.

The chapter has an annual competition, and members of the group were asked to submit designs for materials to be used at the 2003 Work Show, set for Saturday. The materials include a call for entries, the ceremony invitation, souvenir program, and winners’ and judges’ commentary book.

This year’s show is dedicated to Scott Wizell, 34, a founding member of the Las Vegas chapter, who died in January of an apparent heart attack. Dunn decided to submit designs in memory of his friend.

Four people submitted ideas, but it was Dunn’s designs that were chosen as the materials to promote the competition, which was formerly known as the Peep Show.

Dunn remembered that Wizell’s favorite movie was “Pulp Fiction,” so he decided to work with the theme of pulp fiction, the magazine printed on rough paper stock that was especially popular in the ’30s and ’40s for tales of adventure, mystery and science fiction.

“It has a very distinctive look,” Dunn says of pulp fiction.

According to Dunn, it’s the first time the illustrations were used in a promotional package and he says the designs were well-received.

“I’m excited about it because it came out really well,” he says. “Its connection to Scott makes it more special to me.”

He says he doesn’t plan on designing materials for future competitions, as his involvement was prompted by the show’s dedication to Wizell, and because the work is labor intensive. However, he might get involved in the future planning of the show.

If the work on display is anything like the invitation that was mailed to CityLife and other media outlets, then the 2003 Work Show should be a stylish affair. The invitation, designed by Michael Dunn of Brown & Partners, is a gorgeous recreation of a ’50s-era pulp novel, complete with Charles Atlas fitness ads demonstrating how attending the Work Show will help garner more respect from clients.

“It’s stunning,” I tell Rodriguez. “Why didn’t Treasure Island hire Dunn to design its new sign? That thing is ugly.”

“Maybe he did design it,” Rodriguez replies, laughing. “You need to understand the back story. Treasure Island wanted to transform its image from a family-oriented hotel-casino into a more sophisticated one. That was the challenge, and I think the new design communicates that perfectly. There’s more to it than pretty pictures. We can do pretty pictures all day long.”

There are morning people. There are night people. In Michael Dunn’s case, he fits somewhere in the middle, rising at 3 a.m. to work on his art.

As art director for Brown & Partners, 3275 S. Jones Blvd., he is normally responsible for anything from logos to print ads to promotional pieces. Rarely does he work on a project involving multiple pieces.

But in February, Dunn, an active member in the American Institute of Graphic Arts, submitted his design idea for the awards event’s needs. His design used art from 1940s and 1950s pulp fiction magazines done by the late Norman Saunders, known for his gritty, action-packed images.

Dunn contacted the Saunders family in New York City and got permission from the artist’s son to use them. After receiving the scanned images, Dunn digitally removed magazine mastheads, story titles and other verbiage and replaced them with the AIGA logo and retro-style copy promoting the Work Show. Then he gave them a time-worn look by adding creases, scratches and tears.

The idea to use the images sprang from Dunn’s desire to pay tribute to the late Scott Wizell, one of the founders of the Las Vegas AIGA. Wizell died in January and one of his favorite movies was “Pulp Fiction.”

After the local AIGA chapter unanimously selected Dunn’s entry, work began in earnest. Brown & Partners allowed Dunn to work on the project at the office and supplied the necessary tools and supplies. But mostly, he did the work at home in the wee hours.

“Michael’s ‘Pulp’ idea looked intriguing, had a great twist for the Work Show and just flat out did the job,” said Rob Catalano, co-creative director and a partner at Brown. “It’s never easy designing something that other artists would love to pick apart. Michael went for it, full out, and everyone loved it.”

The art includes the cover of “Smashing Detective Stories” from September 1954. It depicts a shapely blonde frantically calling for help as big brutes lurk behind her. The invitation piece depicts cops raiding an illegal casino as an undercover policewoman discreetly lifts a pistol from her handbag behind the back of a man embracing her. Then there’s the souvenir piece which came from “Black Mask Detective Magazine” of March 1950, showing a just-crowned beauty queen using her awards statuette to whack a thug over the head.

“I had to force myself to be true to the look, the style they used,” Dunn said. “Sometimes I’d be working on it and I had to stop myself and say, ‘No, they wouldn’t have done that.’ I had to make sure they didn’t look too glossy or polished because they didn’t do it that way back then.”

The toughest part was listing all the winners, a tedious task rather than a artistic one. Dunn had help on the project from Lawrence Granada, who scanned images and worked on the photography, and Chris Smith, a copywriter.

Dunn was born and raised in Las Vegas. He graduated from Chaparral High School and attended both the Community College of Southern Nevada and the University of Nevada, Las Vegas. His art training came from various classes but was mostly on-the-job training. He also likes to write, a skill that came in handy when he was art director for What’s On magazine.