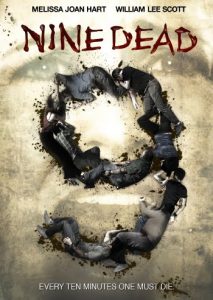 I should be nice, after all this had some promise. Had there not been a little-seen film called Saw, and had the actors here been convincing, this could have been a nice little thriller. All said, this film ain’t horrible – the end, yes – but the rest not so bad. A bit repetitive, a bit over-dramatic, a lot overwrought (if you have 10 minutes before someone in the room dies, why the dramatic retelling of a story that helps no one but the plot?). A not-so-cheap film (IMDb gives $2,000,000 as the budget) that felt cheap. Makes me both mad and inspired. Maybe I should try my hand at the microbudget indie rather than something that’d likely cost twice what this film did.